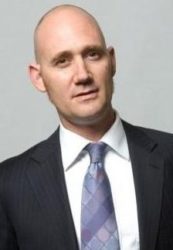 Taking us on a journey to discover if we were indeed a Magician, Lover, King or Warrior and the myths, Andrew Horabin  spoke very fast, with great humour and insight. To us, his audience, it was enthralling, intriguing and educational.  And very very funny!

In June, 2011, I was lucky enough to participate in his workshop in Perth for the National Speakers Association of Australia (WA Chapter). This was almost immediately after my six week “nanas-walkabout” in the US and Canada for Stories My Nana Tells

First, he outlined how the word “myth” has moved away from its original meaning.  A more accurate description is that myth is “the story of how you fit into your culture.”

Every culture has its own history of story telling: of how the world came to be.  Indeed, this is how particular social norms come into use.  We tell our children stories of our past, as we pass on our history.  Relating myth (the story of how you fit into your culture) includes within its background a range of archetypes that, by their characters and behaviour, we describe as:

First, Andrew teased the most commonly recognised traits of each myth from his audience. Next, he went on to discuss their “shadows,” those kind of behaviours which remove the true strength of each archetype.

This was my first introduction to these concepts and I found myself enthralled by the discussion and interaction.  At the same time, these were the qualities of each that I was able to note during the night.

As Andrew says, these are not exhaustive and are set more to create discussion and insight than to be an arbitrary list. Moreover, the notes are from my recollections of the discussions – so, please bear that in mind.

Much of the discussion was drawn from the work of “King, Warrior, Magician, Lover: Rediscovering the Archetypes of the Mature Masculine” by Douglas Gillette and Robert Moore and this is a most cursory overview. At the end of this post, I have included a link to a more detailed study.

As is so often the case with the English language, a multitude of interpretations of individual words exist. In each, Andrew brought us back to the most appropriate interpretation for the myth archetype.

I particularly liked his discussion around the word “blessing”. A King or Queen who gives a blessing bestows upon the person the right to go forward and make the best and most valuable use of their own talents.

This does not inhibit their options to create and apply themselves as circumstances require. Rather, a blessing by their King or Queen means they are free to work for the greater good. Additionally, this blessing is a recognition of them having the skills to do so. In similar style,  “authority” is clearly described as being the authority that comes from within, rather than being assumed by the role.

Andrew enhanced the discussion with his outrageous humour and very Australian accent when mimicking those whose position implies authority but who do not have the inner self-belief to exercise it. He also made it clear that the ability to exercise authority can be learned – but cautioned against one’s shadow self.

The best warriors are those who are courageous – rather than fearless; reliable and loyal rather than seeking to be leaders.

Their total focus is on implementing the required tactics to accomplish the strategy set by their leader King/Queen. Strength needs to be both physical and mental, as does endurance. Their characteristic and desirable qualities of service and emotional detachment enhance their satisfaction in fulfilling the tasks set by their King/Queen.

Archetypal myth qualities of Magicians means that we go to them for knowledge, understanding and seeking to understand ourselves better. To become empowered by their knowledge and teaching.

In cultural myth, the Magician seeks knowledge not for its own sake, but so that the Magician may better understand, serve and mentor. Many Magicians have a personal gift: music, art, speech, charisma, that they can use to widen their own abilities to enhance the lives of others rather than for personal gain.

The archetypal Lover shares wonderful qualities that enhance and improve the lives of others. Several of the key myth qualities of the Lover that Andrew highlighted were Libido, Beauty and Celebration.

He emphasised that Libido is not so much physical sexual performance, but is much more related to the energy and power for living that the Lover brings to the world.

Similarly, the characteristic of beauty is not the personal physical beauty of the individual but their appreciation for the beauty they see around them and that they share with others. The earth, the sky, the passing breeze.  The Lover takes the moments of beauty seen in the smile of a child or a old lady, and makes sure that moment is not missed.

Celebration is the quality of being able to enjoy life – not just achievements. To be able to stop, breathe, look around and see what joy there is, in life. The Lover knows how to comfort and sustain – and also how to ensure their own lives are rich and rewarding.

Once we had discussed the best of each of the four archetypes, Andrew led us into understanding (although briefly) how each has its own “shadow” – and in fact, a shadow on either side.

Aggressive: Kings/Queens with aggressive myth shadows become Tyrants.  They work to undermine any they perceive as better qualified or skilled than themselves. Further, they oppress those who popularity may lead to unfavourable comparisons with themselves. They work hard to hold on to power by crushing others, rather than keeping it by their better qualities.

Submissive: Kings/Queens with submissive shadows abdicate their authority and responsibilities. Nevertheless, being weaklings,  they are quick to be take the credit when others step forward in their absence to rectify a situation.

Bully: The Warrior who allows his Bully shadow to rule is a destroyer, an assassin. Becoming obsessive and sadistic, he inflicts pain.

Victim: The alternative shadow for the Warrior is the Victim, who is non-committal when decisions are required and displays cowardice rather than courage. The Victim Warrior becomes a masochist, accepting and displaying his pain as the victim rather than accepting the pain is largely of his own making.

Guru: The Magician who slips into the strong but shadow role of the Guru is a Magician overcome by desire. The desire to be idolised for themselves.  Therefore, he has lost sight of his true role. Their shadow attributes make them a “know it all”, puffing them up as attention seekers and they become manipulators of others.

Evasive: However, the Magician who is evasive becomes “wishy washy”. Worse than failing to impart true wisdom and knowledge, his main desire is to retain a large group of followers. They constantly hope the Magician will provide true worth, but in vain.

The evasive Magician has no real desire to empower his followers (who become fools, because they fail to see through him).

He will never share his mysticism. He dangles it as a lure to those who continue to abdicate their own power and decision making to the Magician.

The discussion of the Magician cannot be left without introducing The Trickster or The Court Jester.

His role clearly allows him to revel in the “shadow” of jest, jibe and mocking even the Queen/King.

As a symbol of common sense and honesty, it is a key requirement of the Jester to point out follies and warnings to the Queen/King. Moreover, by using outrageous humour, his manner would have brought a man of higher standing to detention or possibly death.

Therefore, The Court Jester was in times of myth a most useful member of the Court. Keeping himself carefully apart from the politics of the day, he would utter a humorous word or a sly comment to alert the Queen/King to some unsavoury aspects of life.

Stalker: The Lover who slips into his stalker shadow twists and misinterprets his own qualities.  He becomes completely focussed on achieving his desires rather than being caring, altruistic and having empathy for others.

Closely aligned to the stalker is the Addict – choosing to pursue his own goals and desires.  This is regardless of the cost to those around him, and fails to create harmony, pleasure and balance in the lives of others as well as his own.

Hermit:  Adopting his hermit shadow makes much of the Lover’s actions and interactions robotic and mechanical.  Surely he goes  through the motions and fails to engage personally in either the activity or the outcome. The hermit Lover becomes withdrawn and fails to enjoy his own life or enhance those about him.

Footnote: I wrote this post from my own notes of the evening. Since then, I have been exploring other posts on this topic and one I can recommend for a more in-depth discussion is this one, at Masculinity Movies: King Warrior Magician Lover

The book, by Gillette and More is entitled King, Warrior, Magician, Lover: Rediscovering the Archetypes of the Mature Masculine

(c) Originally published in June 2011, Lesley Dewar is a regular blogger and workshop facilitator.  Her topics relate to   Social Media, marketing and customer service.   She publishes a blog online at  Stories My Nana Tells – Nana’s Blog Sharing this article is permitted providing this footnote is not deleted – all rights reserved.

Footnote: This article (which I have updated) was originally published on an older website.

If you have enjoyed this article, get an update when we add a new one. We will be writing more like this, as part of developing helpful links on marketing and building a small business. Join the mailing list here: Stay up to date 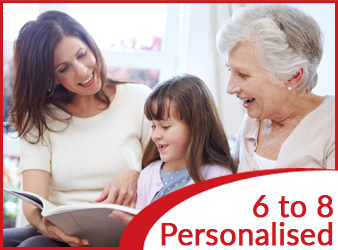 Vivid pictures, your child’s own name and photograph, and the fun of learning make these stories ideal for youngsters. Seeing and hearing their own name in the story raises their sense of self-esteem and confidence. Lesley puts your child IN the story 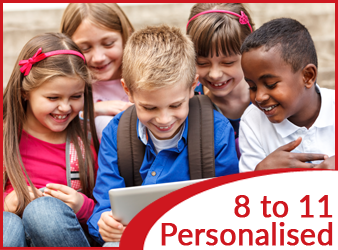 Having adventures in a magic red helicopter is proven to appeal to kids of this age. With lots of full colour pictures, their own name through it and with their photo included, these stories instil a sense of being adaptable and capable.

Lesley Dewar’s has a unique writing style. She uses good science in her books to engage with her young audiences. “Your writing is really super. I love the way you strike a balance between scientific writing and personal reminiscence. I think that would appeal to people of all ages.” Jane M.
Call Now Button